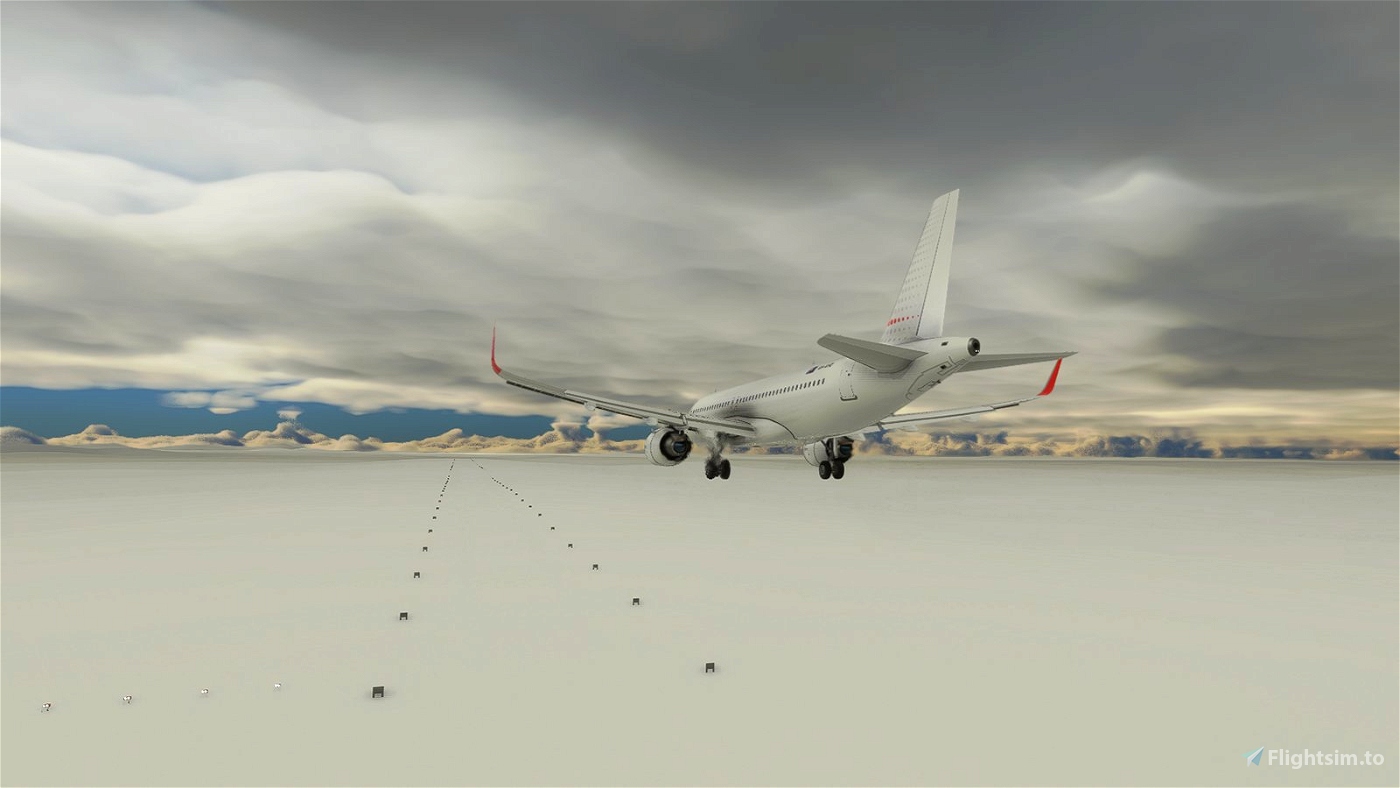 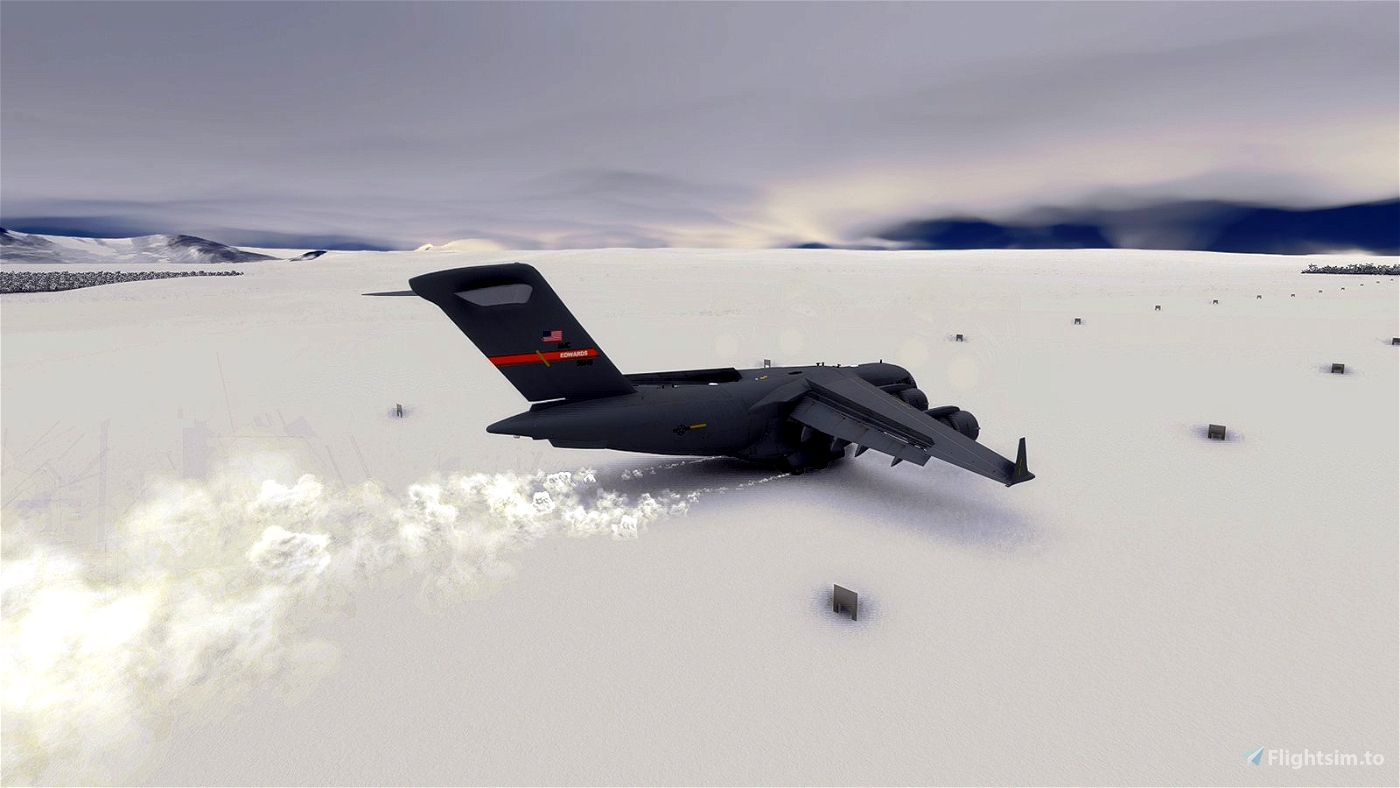 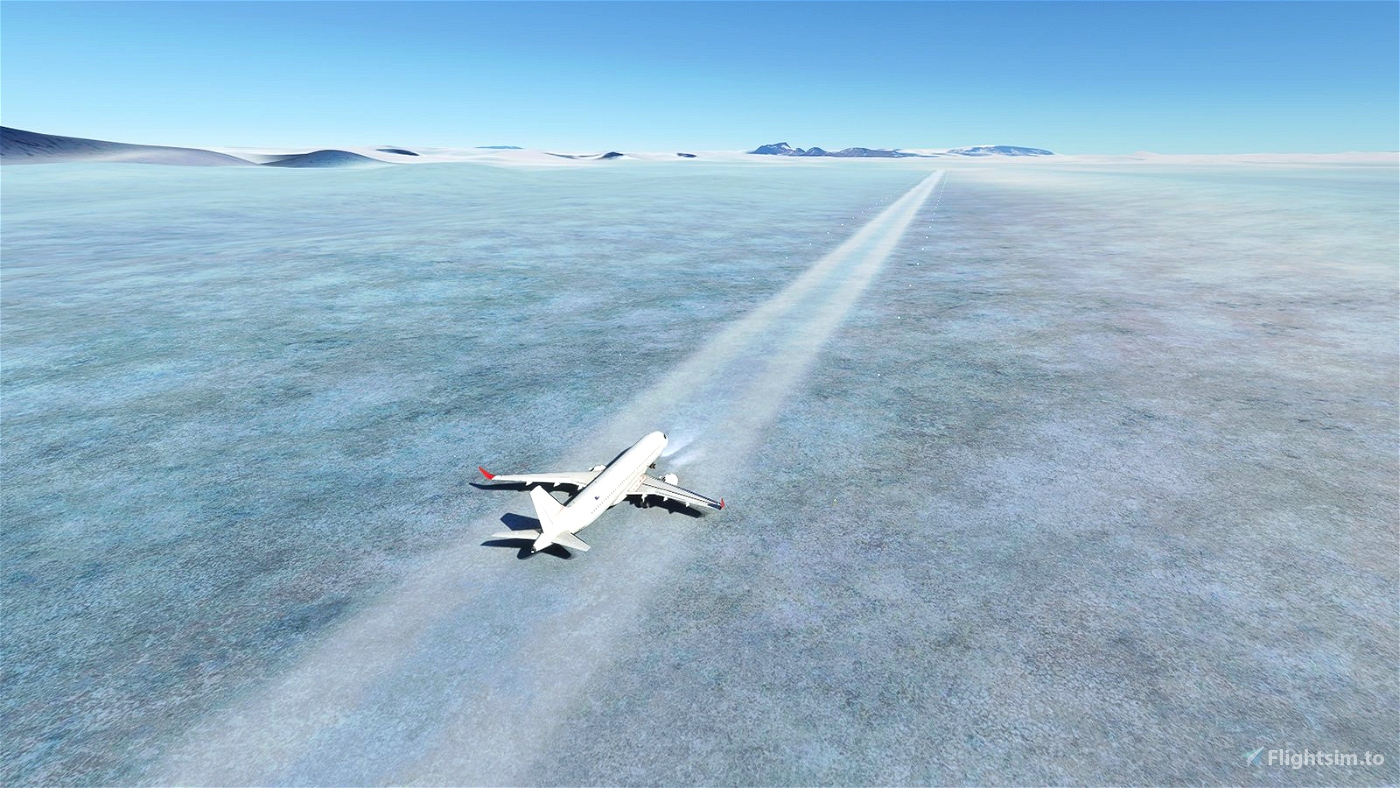 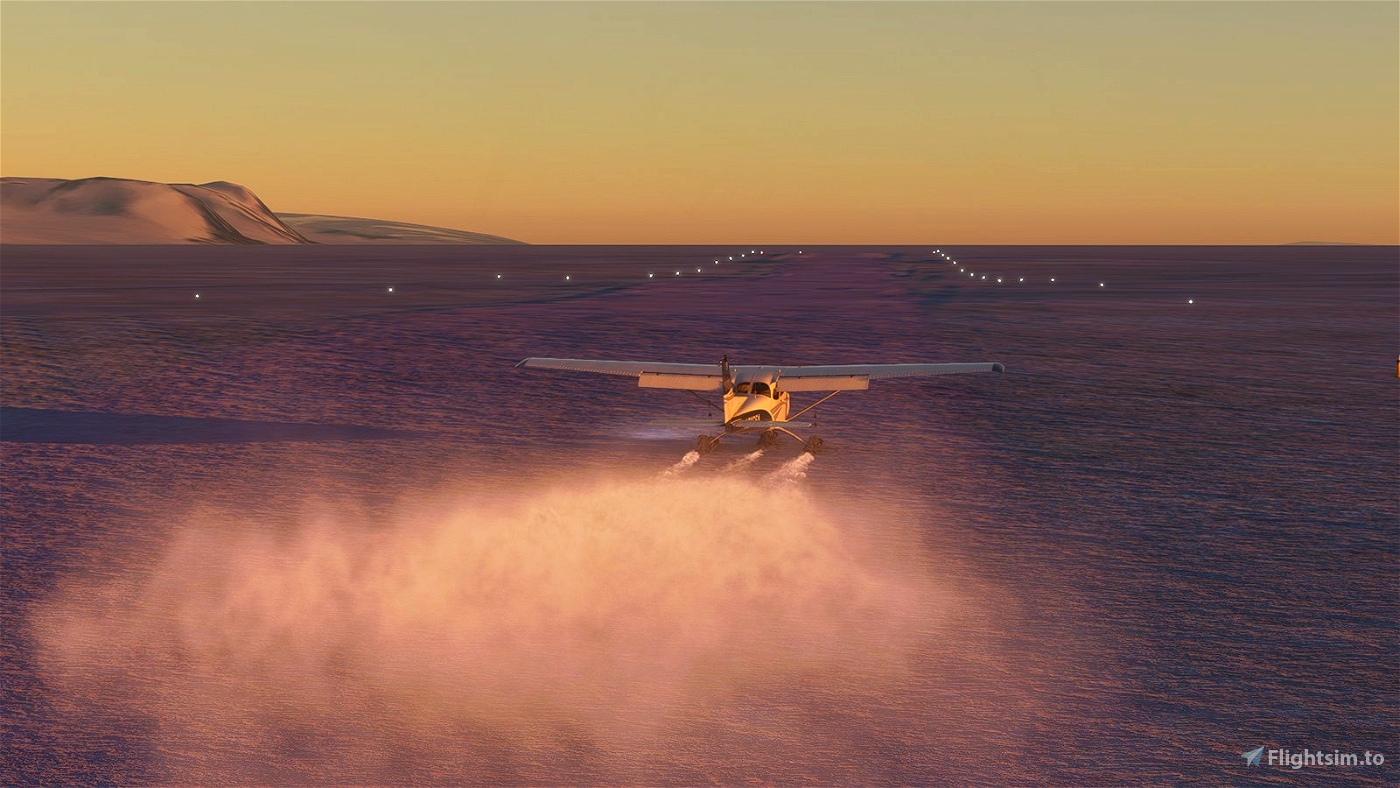 * For those who have another Antarctic airfield addons installed (no matter freeware or payware), please read the instructions in FAQ section to prevent conflicts. *

There maybe BREAKING CHANGES to file structure for every update, please DELETE the old one each time when you install the new version.

There are BREAKING CHANGES to folder structure since version 1.2, please DELETE the following folders from your community mod foler if you have installed versions before 1.2:

* You are advised to turn live weather OFF for those runways without instrument approaches, otherwise it is virtually invisible from air, except those built on sea ice *

It is quite a surprising fact that there are flights to Antarctica using ordinary airliner, so I tried to get the informations of airfields in Antarctica. In the recent version, there are 21 airfields have been added:

Those airfields with (*) are built on sea ice. From the results of test flights, you can't start a flight from these airfields as aircraft will sink into water, or immediately end up in a crash. On the other hand, you must see that sea ice has been built up on the area for landing. As there are no reference about the landscape near the airfields, landing at night is dangerous especially during winter, where wind speed equivalent to a hurricane is usual.

True bearings should be used for navigation, as magvar over the continent varies a lot even for a short distance, and the value could even be as much as 180 degrees if you're flying somewhere between the Magnetic South Pole and Geographic South Pole.

Among these airfields, Wilkins Runway (YWKS) and Troll Airfield (AT27) have published RNAV Approach (most of the runways for US stations have instrument procedures developed, but not published), see the links below for charts:
https://www.airservicesaustralia.com/aip/current/dap/AeroProcChartsTOC.htm#W
https://www.pansops.no/charting/

I have also made the livery of Skytraders for A230neo, although they use A319 in real life.

To look for the missing airstrips on the other side of the Earth, you may have interest for the Arctic Airstrip Bunble by me.

Buy me a coffee

How to prevent conflicts if I have installed other Antarctic airfield mods?

You can navigate to the "scenery" subfolder inside this addon, each airfield have been compiled separately as its own .bgl file with the ICAO code as filename, delete the airfield you want to remove, and then use the MSFSLayoutGenerator utility to rebuild the layout.json file:

Thanks for taking the time to create this. I am hugely interested in Antarctic aviation and welcome the challenging weather and visibility for flights (in MSFS 2020 and Xp11) - I use this excellent package with Air Hauler 2 flying missions / cargo / pax, its a perfect combination. Seems lots of people enjoy this? Maybe we should setup a discord or something to share our arctic stories! 😊

I am working through your list above to try to see if I can land a DC6 somewhere close to Rothera, and then ferry cargo from there to EGAR in a smaller aircraft suitable for EGAR runway length.

I'm a long time fan of polar aviation and while looking for a MSFS of Union Glacier, I came across this wonderful project. Thanks a lot for bringing so many Antarctica airfields into MSFS.

In case you haven't see it before, there is a very detailed document "Note on Antarctic Aviation" around, published by the US Army Corps of Engineers / Cold Regions Research + Engineering Lab:

By the way, there is a new private runway around: "Wolf's Fang Runway".

One last question ... I noticed that, apparently, Union Glacier runway was removed from the current version (I used to fly there in P3D). Is this runway gone or is there a chance to get the runway back in the next release?

I've added them in the new release, but the terrain around Union Glacier is somehow broken, enjoy anyway

Wonderful - thank you very much.

With the release of Aerosoft Antarctica Vol. 1, would it be possible to separate

runways from the main .bgl file?

I currently live at Mcmurdo, and the station has not had a sea ice runway for some time now. NZPG, or Pegasus airfield, has been out of service since 2015.

The current runway for wheeled aircraft for the last 5 years has been Phoenix runway, made of artificially compressed snow. The ICAO code for Phoenix is NZFX

Mcmurdo is also home to Williams Airfield, NZWD. Made of groomed snow, it is only able to support aircraft with skis, and is mostly used for intercontinental LC-130, twin otter and basler flights to the south pole and field camps.

Great to hear comments from Antarctica, these 2 airfields have been added.

Is the Antarctic airport pack compatible with sim update 5

The trip from Dumont D'Urville base to Concordia base would be nice ! great job by the way ( Adelie Land )

Once you know where the bases are Antarctica (list on wickipedia)

trying to see which ones you can find is a fun challenge.

I recommend this one, fly from Troll airport to

There is a single building out there in all that endless ice and snow!

Wow that's great! Thanks for sharing.

Just glad to help! Saw your mod earlier today after a Facebook post on a Norwegian Facebook msfs page and am eager to try it out!

Would you please add Bernardo O´higgins SkyWay, a Chilean Army base near from SCRM.

ok! I´m going to check if I find any pictures.

Fram a collection of people you can barely see, runway heading is about 250 degrees

1 year(s) ago
love it but you could add the mccurdo station. thats easily visible
0
0
Reply

It is built on sea ice, which the site is always on the sea in the game

1 year(s) ago
Thanks for this. I have been (really) trying to update McMurdo Station's Ice Runway (ICAO: NZIR) and surrounding buildings. I eventually gave up as I can't find enough 3D models to make it look realistic. The same problem with the small town of McMurdo Station itself. There isn't any photogrammetry available, and while MS did a pretty good job of putting down scenery, it can do with a bit of an update.
0
0
Reply

I hope this will come in the future updates also

Photogrammetry is only available in densely populated areas of cities

1 year(s) ago
Dying to get my hands on that beautiful Skytrader livery. Great work! Any chance you might submit it here?
0
0
Reply

Liveries Mega Pack 12 has just been released, and you can find the Skytraders livery under Asobo_A320_NEO_SND folder